As the plantation house of our nation’s first president, Mt. Vernon has a lot of exciting history. It is located on the banks of the Potomac River, just south of Washington, D.C. Before planning your visit to this National Historic Landmark, it could help to review some of Mt. Vernon’s incredible story. 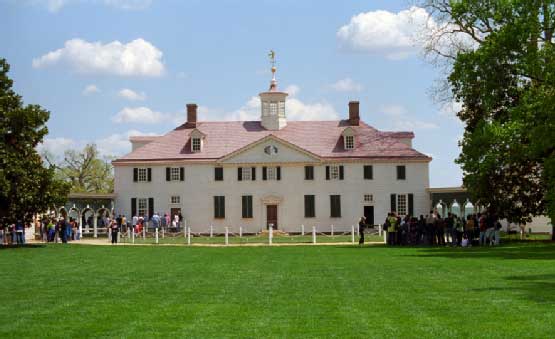 How It Got Its Name

Originally called Little Hunting Creek Plantation, its name was changed to Mt. Vernon to honor a British admiral. Lawrence Washington, the oldest half-brother of George Washington named it after his commanding officer, Edward Vernon, in the Battle of Cartagena.

The piazza that faces the Potomac River was designed by George Washington himself. It is an exemplary representation of Colonial-style architecture that has since been reproduced in American homes all across the country.

On top of the small dome on Mt. Vernon, there is a weathervane in the shape of a dove. Washington appointed Joseph Rakestraw, a Philadelphia architect, to make the weathervane dove-shaped to give it the appearance of being in flight when the wind blows.

Mt. Vernon has always stood as a beacon of hope and freedom, rather than being associated with any particular political party. This was especially the case during the Civil War when Mt. Vernon was considered a neutral ground for both sides.

As visitations to the property increased after George Washington’s death, the property began to decay. The Mt. Vernon Ladies Association took over as official custodian of the property in 1860, in order to restore the treasured landmark.